It was a fast turnaround . On Monday morning No.10’s line was there was going to be no meeting with the Caribbean Heads of Government on the Windrush crisis . By the next day Mrs May was sitting down with them and apologising .

It’s always good to see someone in charge recognise something is going wrong and apologising . Some good staff work must have taken place  ,  one imagines by Gavin Barwell , Mrs May’s Chief of Staff.

But how did things reach such crisis proportions ? The Caribbean High Commissioners say they have been raising the problems caused for the Windrush Generation by Mrs May’s oppressive ‘Hostile Environment ‘ policy for two years .

Who in No.10 thought there was no need for the requested meeting with the Caribbean Heads of Government ? And who chose and briefed Penny Mordant to go on the Today show and rather breezily advise those affected not to worry and to go their MP for help ?

Her advice fell epically short of the mark . The Government created this mess . It is the responsibility of the Government to fix it , not the people upon whom  they have inflicted misery .

I do not know whether there is a causal link between Penny Mordaunt’s interview on Today and what happened next but there was a stampede of Conservative MP’s rushing to put distance between themselves and the effects of the ‘Hostile Environment ‘policy on the Windrush Generation . 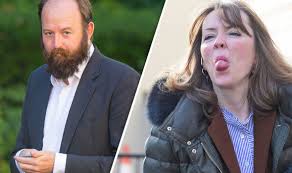 Fiona Hill and Nick Timothy are famous for protecting Mrs May’s back . She was the longest serving post war Home Secretary . Capable politicians like Charles Clarke have had to fall on their sword when embroiled in a Home Office fiasco which frequently had little , if anything , to do with their policy initiatives . Ironically Mrs May is  probably becoming involved in a greater Home Office fiasco as Prime Minster than she ever did as Home Secretary.

Timothy is regarded as the brains and Hill as the communications guru . From studying various accounts I suspect this is generous to Timothy and unfair to Hill . Certainly in so far as advice on Brexit strategy is concerned Timothy’s input was damaging .

In a desire to achieve short term political advantage , initially at Conference , and then at Lancaster House , red lines were painted and worst of all Article 50 notice given prematurely and  against the advice of Sir Ivan Rodgers . We played our one card to shape the process of negotiations with nothing in return . It may be remembered how twitchy the EU were while an Article 50 decision was pending and how assured they have been since .

Our negotiating position has never been recovered and the issue about ‘out of synch’ negotiations on the Irish Border and the future relationship between the UK and the EU is the direct result .

Of course it would be unkind to mention Timothy’s part in the Election manifesto , particularly around the anniversary of a then ascendant Mrs May calling the General Election .

However Timothy and Hill’s track record suggests they would have intervened much sooner and averted the crisis reaching its current proportions which are so damaging for many of the Windrush generation and for their former boss – the architect of the ‘Hostile Environment’ policy . It is axiomatic that the best form of crisis management is averting it arising in the first place.

Gavin Barwell is well liked and respected in Conservative circles . He is regarded as a safe pair of hands but maybe spotting and averting crises is not his forte .

He has sometimes displayed a lack of understanding of how things work . One example was his maladroit tweet when he clicked on a Labour Press  Release and found it accompanied by an advert ‘Date Arab Girls’ . He dashed of a tweet castigating Labour for their tasteless action without realising the advert was a product of Google’s Adsense i.e. a reflection of his browsing history .

So on those two occasions at least Barlow created a personal crisis which need not have ever happened . Maybe Barwell’s judgement on crisis aversion and management is not up to the level of Timothy and Hill .

Mrs May in her moment of crisis must be thinking   –‘Fi and Nick , where are you when I need you ?’