How Labour Grew to Love the EU

Labour unfortunately has forgotten how enamoured it became of the EU under Kinnock . The  doctrine of direct effect (where European Law took precedence over UK law )when workers were under unending attack from the Thatcher Government was a consistent source of irritation to both the Thatcher and Major Governments .

The Doctrine of Direct Effect

The Perils of Living with a Doctrinaire Government

Europe provided a safety net when workers’ rights and the protection formerly offered by union membership were being progressively eroded by Conservative Governments with an appetite for privatisation , and the price of maintaining a strong pound was high interest rates with  consequential deindustrialisation as otherwise profitable businesses went to the wall.

Look around the country and we are still living with some of the consequences now .

Meet the New Bastards – Same as the Old Ones

Furthermore look among the ranks of the more superannuated Brexiteers and you will see some of the same faces ( Major’s Bastards) like John Redwood .

Their agenda is the same as ever : deregulation.

It is the rest of us who will pay the price for their dogma .

They want to take us back there .

The painful memories of what it was like to be on the wrong end of a doctrinaire Government’s policies have faded .

Having tackled the miners Mrs Thatcher turned to the trade unions and workers’ rights .

In the Public Sector one of her principal strategies was Privatisation realised through Compulsory Competitive Tendering . Councils  were  progressively required to put   their services out to tender.

In the first wave of compulsory competitive tendering the effects on employees were harsh. Effectively the incoming employer was able to tear up existing contracts and replace them with inferior pay and conditions.

The leading case with this unlikely name  was a Danish one. Its effect in UK law was that changes to an employee’s terms and conditions of employment were  void if the only reasons for the amendment was a  Transfer of Undertakings Regulations (TUPE) transfer.

Interestingly it was the action of a Transport and General  Workers Union branch in Eastbourne  who fought a case on behalf of 3 refuse workers against Eastbourne Borough Council exposing the defective way that TUPE  have been transposed from European law into UK regulations that substantially changed the climate and manner of operation of the TUPE  regulations.

It is a source of amazement that greater store is not being placed in arguing the case against Brexit  in the Safety Net  that Europe provides.

Who  would seriously argue for less health and safety in the light of the Grenfell Tower tragedy ? 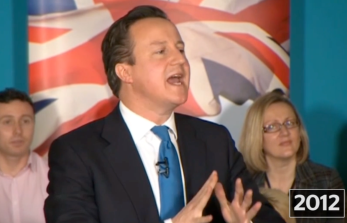 David Cameron at one stage promised a bonfire of regulations .

Now  the Brexiteers’ arguments seem to have been reduced solely to  sovereignty this begs the question as to whether that is what the exercise of sovereignty in practice amounts to: a bonfire of regulations.

The Brexiteers’ agenda is   clear.  So  is the lesson from history.  Europe  provided a safety net from the excesses of a doctrinaire government during the 1990s.  Outside the EU there will be nothing to protect us.
#lessonfromhistory – https://twitter.com/brucemcd23/status/1012657042878816256